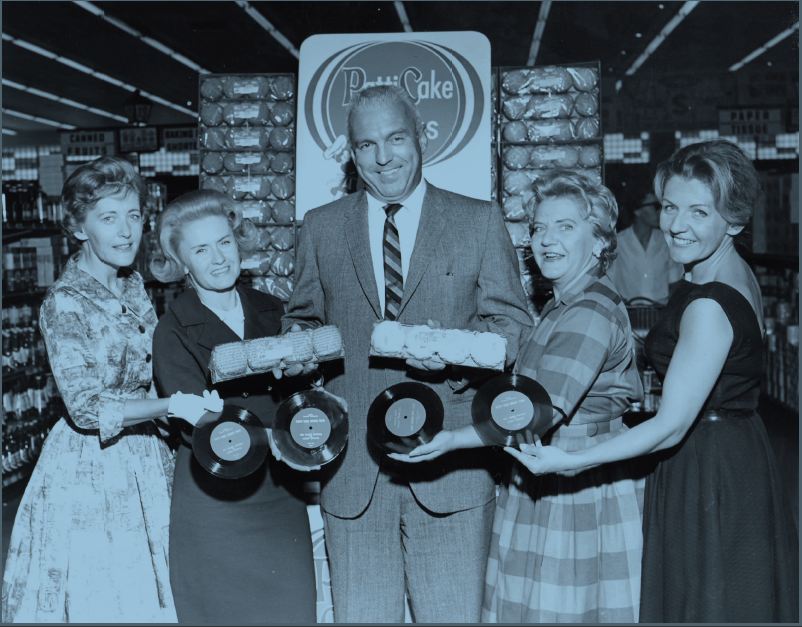 The Sisters moved to California and assembled together to record Sing, Sing, Sing in 1958 produced by Bud Dant. In 1959 they released The Clark Sisters Swing Again . 1960 brought Beauty Shop Beat . If you listen closely you’ll hear their father Pop Clark joining in on the last track Moon Medley . Bob Bain contributed on several of the arrangements, and is featured on guitar.

In 1961, Bud Dant recorded The Turn of the Century Swings featuring Singing Instrumentals by The Clark Sisters.

In this photo, Ann, Peggy, Jean and Mary.