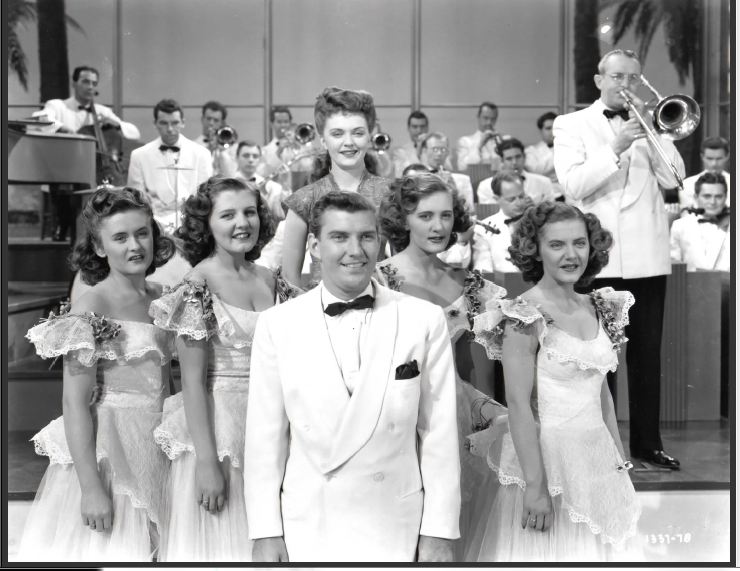 Tommy Dorsey was looking for a replacement to the Pied Pipers. The Sisters auditioned for him in their west Forty-Fifth Street apartment, where he offered them a job on the spot. It was Dorsey who re-named the group The Sentimentalists.

The Clark Sisters had several hits with Dorsey including Chicago, On the Sunny Side of the Street , and I Should Care . Mary Clark married Dorsey baritone saxophone player Bruce Branson in 1945. Later, when Mary and Bruce moved to California, Autilia Ventimiglia (who later changed her name to Lillian Clark) joined the group. Lillian would later marry Tommy Dorsey arranger, Sy Oliver.

In this photo Peggy, Mary, Ann and Jean with Bob Allen and Bonnie Lou Williams.